Pro puppet - for a parent and toddler group Adventure Ben 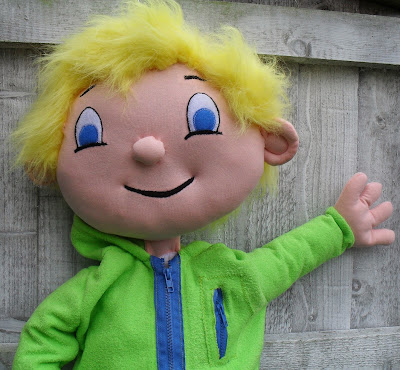 The customer needed a puppet for their new business - parent and toddler group.
They had an image of Adventure Ben and the brief was very clear - we would like a puppet that is a very close resemblance.
Well it is a difficult task to work from someone else's designs .Then to be even more complicated they already had one Ben made by other puppet maker that they did not liked... so no pressure at all !!!!! 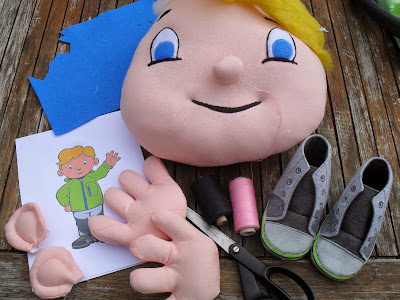 For the puppet style : I suggested non mouth operated puppet and I was very happy that the customer agreed.
So the puppet actually could be controled as a hand puppet 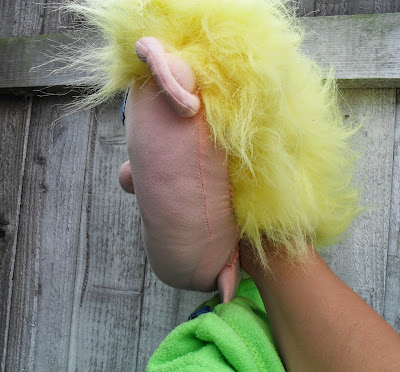 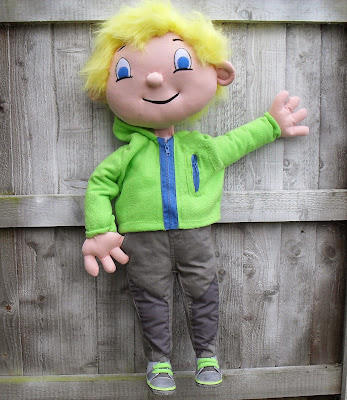 I was so happy that the customer liked the finished puppet Ben , they just had some opinion on his wild hair but this was easily resolved with some styling
like on the picture bellow .
I thought that a wild hair style will support the main concept of an adventures boy but with his hair combed he looks cute 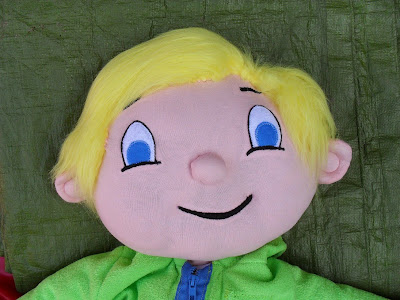 Custom made puppets  Available in my website
Posted by Golf headcovers and puppets at 07:08

Golf headcovers and puppets
I am Andreana an Artist and Puppet Maker My passion now is creating completely individual golf headcovers, this gives me the opportunity to use my artistic skills from the initial sketch to the final piece If you are looking for that extra special Golf headcover which will bring smile on the golf course, or you would like to order a unique golf gift, I would love to assist and help you visualise your ideas and make them into a product. I relish the idea that I am able to create a golf headcover which is perfect for that particular person – whether it is a caricature of themselves or a portrait of their beloved pet or another character they admire. A bit more about me: I live and work in London ,United Kingdom I love working and experimenting with a wide range of materials and techniques and enjoy the challenge of a new project